SMOOVE & TURRELL
Northern Funk superstars, Smoove & Turrell, have been one of the most consistent performers of a unique UK soul style in the last 10 years. BBC 6 Music Presenter and fellow soul head, Craig Charles, rates them highly; “To say Smoove & Turrell are one of the greatest modern soul bands to emerge from the UK would be an epic understatement.”

This acclaimed live Northern Soul influenced band from the North East of England delivers the smoothest funk and soul sounds combined with Turrell’s outstanding classic soul man vocals. Their material draws on subject matters which are aimed to make us stop and think, with songs such as ‘Hate Seeking Missile’ balanced fittingly with uplifting stompers such as ‘I Feel Alive’, guarantee to get even the most resistant of dancers toe-tapping.

Their latest album “Stratos Bleu”sees the boys depart from their trademark northern funk sound to explore their dancier side, continuing in the tradition of bringing foot-stomping music with a message.

In Craig Charles they found their first radio champion. Charles supported them heavily on ‘The Craig Charles Funk & Soul Show’ which was a kick-starter for their assault on national radio eventually landing Radio 2 record of the week twice and a playlist on 6 Music.

CROWD COMPANY
A modern take on vintage 70s soul funk from Crowd Company, one of the UK’s top soul funk bands. The band is known for rich songwriting combined with catchy hooks, in the pocket grooves and features three outstanding soulful vocalists.

Crowd Company last album ‘Lowdown’ released on the Vintage League Music label, featured Grammy Award winners Ryan Zoidis and Eric Bloom , the horn section from USA band Lettuce. The album has been featured heavily on the BBC Radio 6 Craig Charles Show. It was one of Craig’s ‘Top picks of the Year’

They recently released ‘You Ain’t Ready’, a single remixed by Smoove (Smoove & Turrell) to great acclaim.

“ At the forefront of the British modern funk scene.” Music-news

“Top Class! Crowd Company are knocking it out of the park” Craig Charles BBC Radio 6 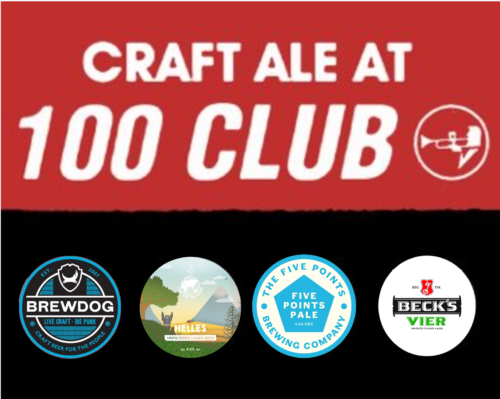